Why Outsource IT Services?

According to Statista, the worldwide IT-application outsourcing market is expected to grow to $96.7 billion by 2021. Businesses everywhere have resorted to outsourcing their software development needs, delegating more technical operations that typically involve IT-related services, digital marketing, accounting, and development efforts.

Outsourcing widens profit potential, nurtures opportunities, and maximizes growth across the board. At the end of the day, a high number of sales, diverse clientele, or quality of the product sold does not exclusively account for its success level. One of the most crucial factors in measuring a company’s success is its business decision-making.

In business, there will always be costs associated with turning a profit. You know what they say, “you’ve got to spend money to make money.” However, business executives are always looking for the most cost-effective means of running a business. A significant aspect of that is finding the right assistance to optimize their return on investment (ROI) at the lowest cost possible.

This, amongst many other reasons (which we will discuss in this article), is why outsourcing software development is the smartest business decision for companies requiring IT-related assistance.

Businesses everywhere are finding that it’s much more cost-effective to outsource software development services from India, Ukraine, The Philippines, etc., as they’re paying a fraction of the price for top-of-the-line IT services than they would if they paid developers here in the U.S.

Let’s take an even closer look at why outsourcing software developers is incrementally more valuable than insourcing development services. We’ll even discuss how a case study involving one of our clients sheds a brighter light on this truth.

Insourcing vs. Outsourcing IT Services

In December of 2017, we had a client (let’s call them XYZ, Inc.) come to us with a fairly complex application request that was tied to a series of very tight deadlines. The client had just acquired a large, e-learning platform, and they were hoping to spearhead the acquisition with a mathematics testing application that they could bring to market by mid-summer of 2018.

In this particular case (which is not always the case for Perpetuum Code clients), the client knew exactly what they needed when they met one of our Regional Directors of Sales at a tradeshow and immediately began inquiring about specifics rather than generalities.

XYZ, Inc. had already calculated the number of developers they would need (spoiler alert – they needed 20 resources total). They also estimated the amount of time it would take those developers to program over 2,000 math problems, and even the programming language that would best orchestrate alongside their project.

The client carefully considered the context, deadlines, and costs, which lead to them deciding to outsource their development needs rather than trying to onboard 20 developers for a project that wasn’t ongoing.

In deciding to move forward with outsourcing, the client forged a symbiosis between operational structure and business aspirations to determine whether their business was best served filling positions in-house or with a third-party like Perpetuum Code. They approached the age-old insourcing vs. outsourcing debate with logic and extensive, cost-benefit analysis.

Outsourcing is a ubiquitous practice. It’s a topic that all business owners find themselves mulling over at one point or another. Many have weighed the pros and cons of insourcing vs. outsourcing to determine the best course of action for applying a spectrum of processes, including sales, marketing, e-commerce, operations, administration, and other business processes that don’t require hands-on intervention or physical labor.

Outsourcing goes way beyond subcontracting; it’s sustainable and scalable, leveraging resources that might not be available locally through telework and remote positions. Through outsourcing, Perpetuum Code clients are expanding their profit potential more so than ever before.

Now, let’s dive deeper into the conscious outsourcing ideology, starting from December of 2017.

Before you read on, understand that each project comes with its own unique set of obstacles, cost barriers, and expectations. The formula we cite in this article is contextualized to a specific client, and the formula should be refocused according to each individual need.

The Case of XYZ, Inc.: A Reminder That Numbers Don’t Lie

In other words, we’re talking about overhead, deadlines, and design.

Conscious sourcing is a means of zeroing in on the right task, the right cost, and the right resource. If you can’t quite define the task, describe what qualities the perfect resource would possess. You may also want to map out your budget, as it may be time to put the brakes on until your vision crystalizes.

When we met XYZ, Inc., they had intricate mental blueprints of their project parameters and were fully able to verbalize their needs.

In a condensed version, XYZ Inc. told us that they needed a new mathematics app, and the development of that application was central to their current business strategy. They intended to drive sales, gain visibility, and ignite growth by introducing this application to their preexisting e-learning suite.

For XYZ Inc., the math application would represent their first triumph after a rebranding period. Therefore, they acknowledged that they needed to put their best foot forward, delivering a product that would establish them amongst competitors and embody the brand-specific qualities they would later streamline.

XYZ Inc. wanted 18 Java developers and two resources to do quality assurance (QA) software testing for an application programmed with over 2,000 algorithms, and they needed it stat.

When sourcing your project, you should make a similar list. Setting parameters helps you address the next debacle: insourcing vs. outsourcing.

Step 2: Advantages of Insourcing vs. Outsourcing: How Much to Hire Java Developers? How About 18 of Them?

Insourcing is advantageous if you look at it from a “convenience” perspective. Insourcing team members simply means that you keep them in-house without having to extract outside help from other areas, hence outsourcing. However, there are far more important aspects of business processes than the distance or convenience factor.

Parameters help set project boundaries, and for most, there’s one parameter that always gets highlighted, underlined, and bolded in the project plan: budget.

Often, the sourcing debate finds its resolution right here, in a conversation about financial limitations and cost/benefit analysis.

It is no secret that outsourcing minimizes development costs by 25-75%, but I think there is a misunderstanding of how much money is actually saved in practice.

XYZ’s project needed 18 Java developers, and onboarding 18 resources internally is an arduous commitment for any company. It can be especially burdensome to complete a one-off project with a static stop-start date. 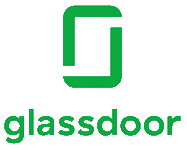 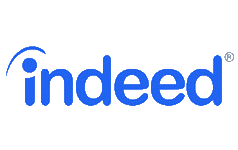 We used these numbers to calculate the average Java developer salaries at the three career entry points. These numbers were used to illustrate the base salary that XYZ Inc. would need to pay each of their 18 Java developers had they chose to insource their e-learning application.

This doesn’t factor in employment taxes, recruiting expenses, benefits, and workspace/equipment costs. SHRM estimates recruiting expenses cost around 4k/hire, while MIT puts the total yearly cost of employees at 125-140% of base salary.

Okay, what if XYZ Inc. transitioned deadlines from the list of hard parameters to soft parameters, doubling their project timeline to hire only half the number of resources?

Adding on recruiting expenses, benefits, and employment taxes, a single, mid-career Java developer would cost XYZ Inc. $86,500 to hire internally. Now multiply that cost by the number of resources. I’ll give you fair warning: it hurts to look at.

The yearly cost breakdown for one insourced Java developer:

You’re probably thinking, okay, how much can I save by outsourcing development instead?

We can’t release the exact numbers for XYZ’s project, but if outsourcing projects generally cost 50-75% less than insourced development projects, and if XYZ’s project required resources for seven months (December-Mid Summer), let’s look at the costs if developers were acquired at 25%, 50%, and 75% less than the insourced cost.

Budget is the elephant in the room for CIOs, CEOs, and other C-suite executives captaining a ship they are doing everything they can to propel forward.

In Deloitte’s 2016 Global Outsourcing Survey, 59% of participants cited cost-cutting as their reason for outsourcing.

So, if the cost keeps the ship from moving forward, the sourcing debate will always conclude with outsourced development.

Simply put, outsourcing gains you the most mileage for the least amount of gas.

Sourcing your project requires a deep sense of self-awareness and a holistic perspective on your business operation’s past, present, and future. An all-encompassing snapshot continually begs the question, “what’s next?”

This question ties into the insourcing vs. outsourcing cost analysis because although the numbers clearly skew in one direction, they must be contextualized.

Will I need continuous development for a small project? Does the project have a definitive deadline? Does it make sense to augment part of my staff through outsourced services? Am I willing to pay the costs that extend beyond the base salary?

XYZ Inc. concluded that their project would only take seven months. If they had decided to insource and hire internally, they would still be paying a team of full-time Java developers that they only would’ve needed for a set amount of time.

Sure, they may need them again later down the road, but until then, those Java developers would have been inflating their overhead without purpose. Perpetuum Code operates with a hire whenever, fire whenever mantra.

Perpetuum Code developers come in to attack a predefined, niche task, and once that task is complete, clients put our development services on pause until their next project.

Every hour an outsourced developer works, they make tangible progress, but the same cannot be said for internal workforces. In a labor study polling nearly 2,000 office-based employees, researchers found in an 8-hour workday, employees are only productive for 3 out of those 8 hours.

We do not pay plumbers full-time to fix a leaky faucet or in-house onboard doctors for yearly check-ups. So, why are we doing this for software development?

If we are genuinely pragmatic with our project sourcing, we find the fastest, most efficient, and cost-effective route to our final destination. Paying for an insourced employee that gets paid for the full day when, in fact, their only working productively for half the day guarantees business mediocrity.

It’s about time. We need to face the facts about IT software outsourcing.

Here are the facts:

Had XYZ decided to take an alternative route, they would still be in the development phase, scrambling to give their new customer base something to hold onto. They would 18 Java developers and two QA programmers standing by with idle hands and a severe budgetary deficit no new release could counteract.

In past decades, systematic failures plagued outsourcing reputations and stigmatized third-party software services. As we progress through the digital revolution, technology dismantles systematic failures by streamlining face-to-face and remote communication.

The bottom line is that you can continue to hire full-time, in-house mechanics for a car that needs its oil changed every 10,000 miles, or you can outsource. Perpetuum Code’s expert technicians whenever the check engine light happens to flash red.